Using Halloween as a case study in conflict, this article rises above that issue to provide insight into how Christians should deal with controversial topics, such as Halloween. 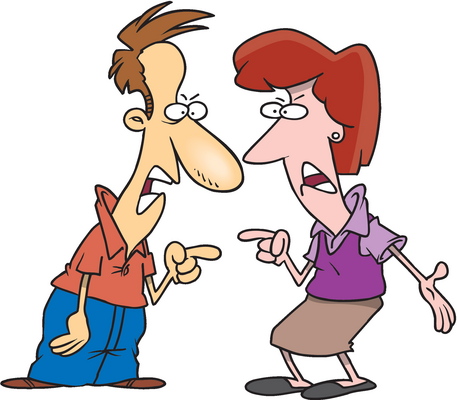 During this time of year, I always receive e-mails asking me what I think about how the church should deal with Halloween. I have addressed this issue in the past; however, I would like to discuss instead a higher issue, and use Halloween as the relevant example.

The issue is: How Christians Should Deal With Disagreement, because many people disagree regarding what to do with Halloween. Halloween is a perfect subject for discussing how Christians should engage each other and ministry when there are equally powerful but opposite convictions on what is right.

On an issue like Halloween, there are two extreme positions and then every degree in between. On one end of the spectrum, we have those who believe that Christians and the church should have nothing to do at all with Halloween. Children should not dress up or go 'trick or treating' and churches should not acknowledge this pagan holiday by offering Halloween programs, often calling them "Halloween alternatives."

This position is based on the understanding of the origin of Halloween. Without taking too much time to explore that here, it should be enough to say that Halloween has its origins in Satanism, and was created on the eve of All Saints Day to serve as Satan's High Holiday. To engage in this holiday at all is perceived to be at least at some level, honoring, or giving attention to Satan. The obsession with the morbid and evil associated with Halloween only adds to this concern that those who love and are committed to the Lord not participate in a holiday that glorifies in evil and death.

Then there is the other extreme - those who approach Halloween as simply a fun holiday for kids that involves candy and dressing up, two things that all children enjoy. Some even feel that the themes of death and evil are healthy because these are heavy and scary concepts to children, and addressing them in a light and fun manner once a year, helps alleviate kids' fears of death and 'creepy things.' While understanding there is a 'dark side' to Halloween, they choose to hide this from children who can deal with those dangers at an older age.

Then, of course, folks fall anywhere in between. I have been asked many times to state 'where I stand' on this issue. I am happy to state what my church ministry has decided to do regarding Halloween, (and will further down) but as stated earlier, I think there is a higher issue that I feel very strongly about.

Let me approach it this way, by stating a few points about disagreement and how to deal with those with whom we disagree. Remember, I am applying the issue of Halloween to the broader issue of dealing with disagreement, so apply the points below to any issues that you may be struggling with in your life or ministry.

I started a little discussion group when I was a Bible college student at Moody. It was called C.H.A.T. and it stood for Christians Happily Arguing Theology. We met monthly for a C.H.A.T. session. We would pick a different subject each time and argue about it (end times, election/free-will, infant baptism, gifts of H.S., etc.). Above (under 4) were our list of basic rules or ideas that kept our arguing 'happy'. If you broke these rules, you were asked politely to leave and were not invited to the next C.H.A.T.

So, what about Halloween? Discuss it, pray about it, and do what you believe is right without judging those who come to a different conclusion. If you want to use it as a time to reach out to kids, but your church leadership does not, then do something at your home such as giving out Gospel tracts with your candy. If you feel strongly that you should not do anything to acknowledge the day, but your church is doing an outreach of some sort, then you have a choice. You can either support your leaders by helping in a minimal capacity that won't violate your conscience, or you may respectfully decline to be involved or attend, but do not try to undermine or 'rally troops' against the effort. Give them the same respect and courtesy that you would like to receive.

In all fairness to those who have asked, and lest you think I am avoiding answering the question, I will now answer the question, 'What do I do for Halloween?' (Those who have read this far deserve to know!) My first Gospel Magic Show was on Halloween at a church carnival when I was ten. My parents told me to come up with my 'magic name', such as ‘Karl, the Great’ or something like that. I couldn't decide on a name, so they said if I didn't decide, they would choose for me. That sounded like a good deal to me. I soon saw the poster: ''Lufrednow Lrak!'' ('Wonderful Karl' spelled backwards). I never used that name again, and soon became 'The King's Magician', a name that lasted into college. We saw many come to Christ and could point to specific families each year who had joined our church after discovering us through these outreaches.

I could have written an entire article defending my using Halloween as a time to reach out the neighborhood. I can share Scriptures and true stories to illustrate why I think this is a great opportunity for churches to impact the world for Christ despite the 'dark side' of this holiday that is anything but a 'holy day.' I could celebrate taking some of the attention off of Satan and redirecting it toward the God who made and loves all those costumed kids with pockets full of candy (yes, even the little witches and monsters!). But at the same time, I could write an equally powerful dissertation against it. I could talk about God's hatred for evil and discuss how the church today does more of reflecting the culture than affecting the culture. I could eloquently point out how we have allowed the Enemy to set the agenda, even determining when we do our evangelistic outreaches, instead of sharing Christ every day.

But I will do neither.

POSTS SIMILAR TO THIS ONE:
Preparing for Special Needs Kids
3 Steps to Successful Recruiting
6 Ways that Boring Forms Provide Essential Insight into the Pulse of Your Ministry