Zones › Devotionals › Are You a Carbonated Geyser?

Are You a Carbonated Geyser?

Remember the parched and thirsty deer that yearns for a drink at the cool waters? Maybe it's time to rethink that imagery in light of New Testament teaching. 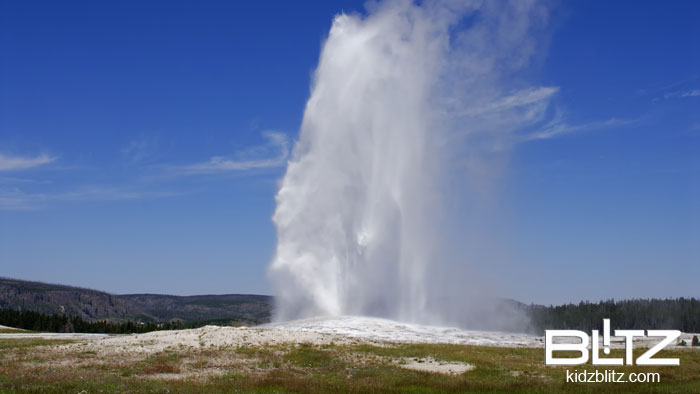 Jesus energizes from the inside and flows out

DEVOTIONAL THOUGHT: Today, I will think of myself as ageyser instead of a thirsty deer.

OK. Maybe “carbonated geyser” is a bit of a stretch but stay with me. In the Old Testament people were like thirsty deer panting after God.

As the deer PANTS for streams of WATER, so my soul pants for you, my God. My soul THIRSTS for God, for the living God. When can I go and meet with God? (Psalm 42:1-2 NIV)

Jesus changed that forever. We are no longer thirsty deer panting for water, but geysers of living water.

Jesus promised that after He left He would send the Holy Spirit to well up inside of us producing living water. Or as I would put it, “a carbonated geyser.”

Whoever believes in me, as the Scripture has said, ‘Out of his heart will FLOW RIVERS of LIVING WATER.’” (John 7:38 NIV)

When Jesus stood up and announced this abruptly to a large crowd, He made a big deal out of it. He apparently thought it was important for us to know.

Here’s how The Message Bible puts it:

Jesus took his stand. He cried out, “If anyone thirsts, let him come to me and drink. RIVERS OF LIVING WATER will BRIM and SPILL out of the depths of anyone who believes in me this way, just as the Scripture says.” (John 7:38 The Message)

Then John explains that Jesus was talking about what was coming soon, apparently after the cross when Jesus would arise then pour out the Holy Spirit.

Now this he said about the Spirit, whom those who believed in him were to receive, for as yet the Spirit had NOT BEEN GIVEN YET, because Jesus was not yet glorified. (John 7:39 ESV)

This was a promise that would not be activated until after Jesus was glorified. That means after He died on the cross, rose again and ascended into Heaven. It is a promise for this side of the cross. Even the most godly prophets in the Old Testament didn’t have this promise. They weren’t geysers, even though God still did amazing things through them.

He says we will “brim and spill out.” That’s the difference between Jesus and religion. Religion obligates me from the outside. It pressures me. It makes me feel guilty when I don’t perform.

Jesus energizes me from the inside and flows outward. I don’t feel pressure, I enjoy the flow.

Resting in Jesus doesn’t mean I never take action. It doesn’t mean I get fat and sassy. It means His Spirit works through me. He energizes me. He empowers me.

This keeps me from burn out. No spiritual exhaustion. I don’t feel drained because there’s more living water about to flow out. Jesus said a river that flows will come out of me, not a trickle to drip out.

And it’s not even limited to one river. He said “rivers,” plural. That’s more than one. So I expect multiple rivers of living water to flow out of me.

I don’t have to be pushed, shoved or manipulated to serve the Lord or my local church. I don’t have to feel guilty about not reading my Bible, not sharing my faith to a co-worker, not praying enough, not giving enough, etc. I don’t need to self-motivate.

I have rivers flowing with water from inside. And it’s not ordinary water. The water is alive. That’s better than any energy drink from 7-11.